This was a sister station to WCNL. WAYU was a Class B FM on 93.9 that went on the air in 1948. It was the first FM station in the State of Maine. WAYU had a terrific signal but had never shown in the Portland Metro ratings under Lowe's ownership. The format was called "Hit Country". I have to confess that I liked to add an "S" to the beginning of the first part of the name. It was an unfamiliar blend of music that overall tended toward being rather slow in tempo. The staff included Paul Villa, Jim McKenna, Monty Wolfe, "Jumpin' Jeff Walker", and a woman named Bambi Lynn in overnights. Bambi had been a Canadian country music singer who was active in the late 1960s. She paid for her airtime and came accompanied with a faithful entourage. Bambi played soft, very female vocal-oriented music and her show was replete with dead air and one-sided telephone conversations. It was very hard to follow. The station didn't have the prerequisite elements for success. It also had only a handful of advertisers. Because of my success in programming with Country, outsiders anticipated that I would "fix" the WAYU Country format. I was "warned" that the community was extremely Franco-American and that things that worked elsewhere wouldn't fly in Lewiston, Maine. It was all a part of the "my market is different" mentality that you encounter everywhere from people that fear the unknown. Of course, the market was different. But like everywhere else, people would still listen to a radio station that provided the information, news and weather they needed and would still listen to a radio station that played good music. So, with a budget of $2,000 to buy the music we needed, I changed the format from Country to Classic Hits on December 30th, 1986 at 10:02pm. That "fixed" the Country format. It also meant that Bambi was gone and the on-air lineup was tweaked. Paul Villa, who was a solid production asset, concentrated on sales full time. Andy Schulkind, who was a new salesperson, became the General Manager. Jim McKenna was the Program Director. He impressed me with his work ethic and sense of integrity. Monty Wolfe assumed the Music Director duties. I told "Jumpin" Jeff Walker that he wasn't going to "jump" on the air anymore and he simply became Jeff Walker. We hired Val Davis, who had worked on the air part time in Houston, as our morning man. The show was called "Davis at Dawn". Val had a great voice and did character bits (he did all the voices) and was very, very funny. We called the station, "Maine's First FM, Classic Hits 93.9 WAYU. The lineup looked like this: Davis at Dawn - Mornings
Monty Wolfe - Middays
Jim McKenna - Afternoons I can't be positive, but I think Jeff Walker did the overnights. I don't remember who did evenings in 1987. I do remember Jeff being with me when I initiated the format change on that night in 1986. When we flipped the switch, the station featured no live jocks whatsoever. I busied out all five or six phone lines to avoid the "where's Bambi?" and "What did you do with my country music?" crowd. At 5am, I unbusied them and we started getting calls right away. There was not a single negative call. Everyone that called said they loved the new sound. Whew! It was all music and ID's and drops that I voiced plus the few commercials we needed to air. We did that for two weeks before I added live jocks back into the format. First, "Davis at Dawn" went live. Each week after that, another daypart would go "live" until everyone began to talk again. From there it took off like a rocket! By the second ratings period, we were #1 Adults 18-49 and #2 Adults 25-54 in the Portland TSA (13 counties) and showed up in the Portland Metro in the Top 10. That Franco-American market sure was "different"! They embraced the new format immediately. I felt a great connection with this staff. Andy Schulkind was a New York kid and knew good radio. He and I faced the same challenges in dealing with ownership. Jim McKenna was tremendously conscientious. Monty had more of a rocker musically, but carried out the mission. I could count on these guys. Val was one of the best morning talents in the market with little to no support. I liked them all. It also helped that I could drive to the top of a mountain about a mile away from my home and listen to the station. They knew that, too. More to come. Don't go away! If you do go away, come back! 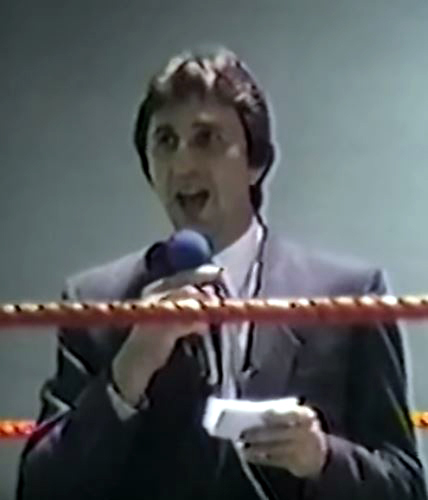